The grey squirrel has become a notorious British pest. It is a prolific and adaptable species which was introduced to this country from America. The grey squirrel has spread throughout the country displacing the native red squirrel. It is a large rodent the head and body length about 25cm long, the tail about 22cm and the adult weight varies between 400 and 600g. It is common in all areas of the UK.

Grey squirrels become a problem when food in the wild becomes sparse. During Winter natural food runs out and people no longer venture outside to feed them in public parks. The squirrels start to search for other sources. Often this will be in domestic rubbish bins. They chew through wheelie bins and feed on the thrown away items inside. Large numbers of squirrels can become entirely dependent on human rubbish. This creates numerous problems and the animals need controlling.

Grey squirrels also become a serious issue for home owners when they seek to nest in our roof spaces. 15% of all house fires are caused by rodents chewing through wires in lofts and attics. A large proportion of these are because of squirrels. A family of squirrels nesting in the roof causes large amounts of damage by chewing and gnawing.

Squirrel control can be carried out in a few ways depending on the particular situation.

The main methods are baiting and trapping.

MerseyPest can provide quick and effective squirrel control in Wirral and Chester.

A 2 visit warfarin treatment is £85 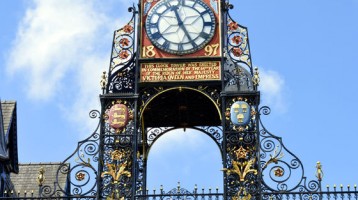